The route of the self-employed entrepreneur is often touted as one of life’s most difficult paths. But in my experience, it’s been vastly preferable to most “normal” life paths.

No, it’s not easy. Yes, it is one of life’s most difficult paths. But unlike other difficult paths, entrepreneurship is something that spreads into all areas of your life. It brings confidence, security and overall satisfaction. So while the work is difficult, the benefits more than make up for it.

It’s interesting to see the difference in mindsets.

Look at the standard path. College, work, retirement. The mindset of this path is persistence. No, you won’t make a fortune overnight. But over time (if you’re lucky), you’ll be able to make some money and retire on it.

But when people switch from the standard path to the entrepreneurial path, they lose that attitude of persistence.

Aspiring entrepreneurs ask the same questions over and over again. “How long does it take to make a million dollars?” Persistence no longer exists.

To some degree, I blame the media. After all, they love to show the 21-year old who sells her company for $3,000,000, but they hate showing the amount of work she put in to get there.

So people watch TV and think, “Hey, if I start a business, I can be rich overnight too!” This is a mindset that will doom you to business failure – guaranteed.

The “statistics” that say starting a business is difficult (9/10 businesses fail in the first five years) are largely exaggerated. And in the case these statistics are backed by real data, they’re backed by people who have gotten into business with mindsets that—like the one above—guarantee failure.

Yes, making large sums of money in business is possible. And yes, you can get it much quicker than if you took the “traditional” route. But it’s give-and-take. In order to make this a reality, you need to put in the work necessary. A tall order, to be sure.

In this article, we’ll be going over mindsets that can—unlike traditional mindsets—guarantee success.

But don’t read too much into that phrase, “guarantee success.” By doing so, you forget the amount of work involved. You get into business with the idea that you’re guaranteed to be successful. And then when your first business fails, you give up. Looking for guarantees is another mindset that will guarantee failure.

“Hello, I have recently come across a billion-dollar idea. This is definitely the next Facebook. It’s going to change the world. I need investment but I’m not sure how to go about it. I don’t want anyone to steal my idea, so I think I’ll have potential investors sign an NDA before they hear it. Maybe I can sell my idea for a million dollars and have someone else invent it.”

Your standard aspiring entrepreneur. How many people have you heard say, “I want to get into business, I just don’t have a good idea.” Probably more than a few.

It’s funny – most people’s perception of business is centered around that big idea. The idea that’ll take them from rags to riches. But in reality, once you have that “big idea,” you’re just getting started.

Having an idea is—hands down—the easiest part of the business. Execution is what’s hard. Smart execution, turning your idea into something that can make a serious amount of income, ’s the difficult part. Usually, by the time you’re running a successful business (if you make it that far), you realize your idea has been altered so many times it’s hardly the same idea at all.

Ideas are easy. But not at first. Here’s the distinction. Successful entrepreneurs say, “Ideas are easy.” Meanwhile, complete beginners would do almost anything to have a million-dollar idea. The difference between these two groups is practice.

Having good ideas takes practice. And it takes a certain mindset – a problem-solving mindset. That’s what good entrepreneurs are: problem-solvers. When they encounter an issue in their daily life, they solve it, and if possible, build a business designed to help others solve that same problem.

Entrepreneurs take responsibility. Everything rests on their shoulders. It’s never, “what could someone else do.” It’s always, “what could I do?” 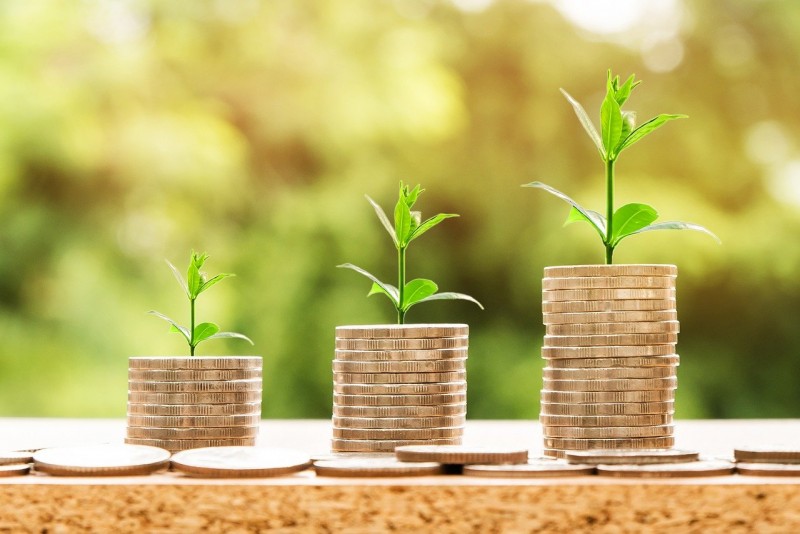 Brand new entrepreneurs are full of optimism. And why shouldn’t they be? They’re starting down one of life’s most exciting paths. But too often, this optimism gets in the way. It gives them motivation at first, but eventually drags them down.

It’s not hard to hear entrepreneurial success stories. Just jump on your browser to read about the latest teenage whiz-kid millionaire. With headlines like “sold for $10mm,” “$100mm valuation,” “$170k/mo at 19,” it’s easy to think money is raining from the sky.

Fresh entrepreneurs like to talk about all the stuff they’re going to buy when they “make it.” They dream of fast cars, big houses, islands, yachts – the whole nine yards.

Yes, these mindsets can get you motivated. But business isn’t easy. Eventually, you’re going to learn that—while it seems like everyone around you is making millions—money isn’t as easy to earn for entrepreneurs as the media makes it seem.

After a few months of trial and error in business, money becomes much more tangible. $10mm used to provoke the reaction of, “that’s it?” Now making $2,000 /mo in a brand new business is cause for massive celebration (and it is).

Mindset #3: Competition is not a Factor

So you’ve got an idea. Great! Now you realize how much work is ahead of you – a daunting realization. But you’re still excited. So you do a Google search for your type of business. You think you’ve got a unique idea but you want to double-check to make sure.

What’s this? A link you didn’t see before. A company doing almost exactly what your idea consists of. Too many aspiring entrepreneurs reach this point and give up. Someone’s already making a business out of your idea, where’s the room for you?

In reality, you should hardly even consider the competition. No matter what someone is doing, you can find potential flaws in the business and create something that corrects those flaws. It doesn’t matter how well someone’s running a company – there’s always room for improvement. And you can be that improvement.

It’s not about competing. It’s about taking what’s already out in the market and improving it. Remember, entrepreneurs are problem solvers. If you think a market is too crowded to get into, you’re thinking the wrong way. Even the most competitive markets have room for improvement. You can be the improvement and forge your own path. Then anyone who copies your ideas is competing against you (competition you can easily win).

There’s still a misconception of “luck” floating around the online business community. Some people think that if you don’t get lucky, you’re never going to create a successful business.

They’re right. But they’re looking at it the wrong way. We’ve all heard the quote, “luck is when preparation meets opportunity.” So why hasn’t it sunk in yet?

Let me say this: I have never seen an entrepreneur who works all day, every day fail. Sure, I’ve seen them “fail” – that is, their current business didn’t do as well as they hoped. But they learn from that mistake and move on, continuing to work hard.

The next business they start does a whole lot better. Maybe it’s not the gold mine, but it does well. Then they learn from that business and start the next one, which is a winner. Then everyone says “oh, you just got lucky” without realizing there was a huge amount of hard work involved in the process.

When you work hard, you succeed. Sure, the payout may vary. One person may earn $10mm, the other may earn $100mm. But hard work will always lead to success.

So many people refuse to get into the entrepreneurial game because of the luck factor. They’ve never been lucky, so why would they test their odds? If they realized how much that luck factor is in their control, they would be much more willing to put in the work necessary to make something happen.

But don’t delude yourself. Are you really working hard, or are you just telling people you work hard? Do you spend eight hours working on your business, or do you spend an hour on it and browse the web the rest of the time?

The results you get are directly related to the amount of work you put in. If you’re not getting good results, put in more work. But most importantly, learn from your work. Obviously, working eight hours a day on the same exact thing (if it’s not working) isn’t going to help you. But if you learn from your mistakes and past work, you can improve your efficiency and work smarter.

You Can Have These Mindsets

Now, there are people who will read this and think, “sounds great, wish I was born with these mindsets.”

This is the key point: no one is born with these mindsets. You need to learn them. Sure, some people may have taken on these mindsets at a very early age. But that doesn’t mean it’s impossible for you to get them now.

It all depends on how badly you want it. If you adopt the mindsets listed above, you’ll be on the right path.

That might sound meaningless but think about it. If you want to get to a specific destination, you need to be on the right path. Once you’re there, it’s a simple matter of traveling the distance between where you’re at and where you want to be.

That’s how entrepreneurship is. When you’re on the right path, you realize mindsets like “9/10 businesses fail” are meaningless. You know that as long as you put one foot in front of the other, you’ll make it to your destination eventually.

You have the path; start walking.

If you like what you read above, fill out the form below to join our newsletter. We won't send you any spam – just the best business/SEO tips, tricks and updates.

Lastly, don't forget to run a free on-page SEO analysis. If you're not on page #1, it could be an easy fix. Find out today.