A Look Back at SEOSiteCheckUp’s Predictions – Were We Wrong?

Let’s take a stroll down memory lane, shall we? SEOSiteCheckUp has been on top of the changes in the search engines, Internet marketing world, and surrounding technology from the beginning. Read some of our past articles and use what you know today to be true to gauge how ‘on target’ we were….

This article was written on January, 7th 2012

First off, Happy New Year from your friends here at SEOSiteCheckUp.com!

It’s that time of year again, folks. The time when we internet marketers like to look back and see how things have changed, then look forward to make predictions with as much accuracy as possible.

We saw Google roll out some massive updates (anyone heard of Panda?). These updates changed everything about search, emphasizing Google’s goals at increasing the general user experience for those using its search engine.

We saw Google come out swinging, taking out article directories and other “fluff” content sites like Muhammad Ali at his prime. But we also saw Google make some advances in how their search engine works. For example, the recent “Freshness” update makes the search experience much better for those who are searching for recently updated keywords.

It was certainly an exciting year to be an SEO!

In today’s article, we’re going to make a few predictions. These predictions are based on what Google’s been doing recently, as well as a few ideas we’ve been testing out for the past few months. 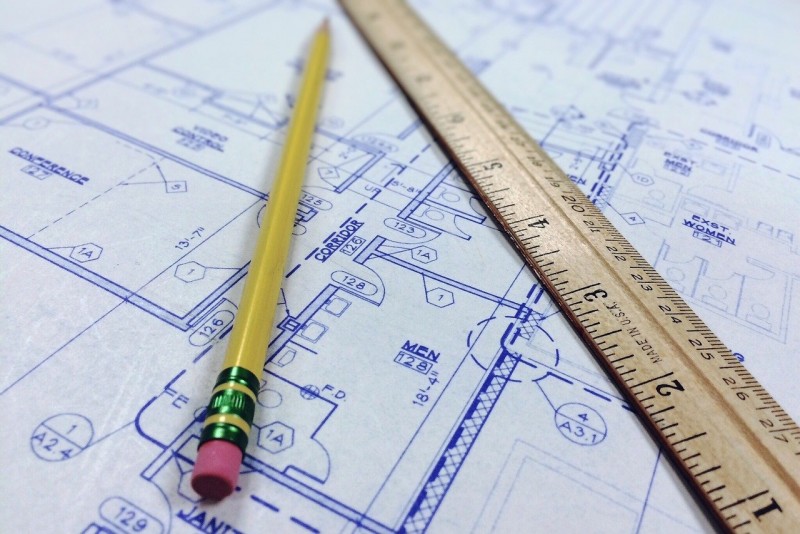 Go back a year or two and what did SEO look like?

Keyword research, optimized content, optimized backlinks. The ultimate blueprint to getting your website to rank #1 for its main keywords!

But in 2011, the Panda Update changed the blueprint. By eliminating a HUGE amount of “easy backlink” resources, Google showed SEOs everywhere that the old ways weren’t working. Google was unsatisfied with the types of results on page #1, so the blueprint had to go.

Backlinks are still important but look for their importance to change over the upcoming year.

With the “blueprint” gone, SEO’s have been testing Google like mad, trying their best to figure out what works and what doesn’t.

We’ve reached some pretty startling conclusions. Mainly, Google now has the technology to determine whether or not a website has valuable content. By using metrics like bounce rates, average time on site and an average number of pages visited, Google can see how people are reacting to your website. They can then make loose assumptions on whether or not people are gaining value from your website.

In the upcoming year, thanks to inevitable advances in technology, we feel it’s very likely Google will figure out more ways to gauge the quality of a website’s content through their algorithm.

Additionally, it’s worth noting that both Google AND Bing have said clicks affect rankings. In other words, if you have a site on page #1 that doesn’t get clicked as much as the sites around you, you’re unlikely to keep that spot very long. In 2012, look for this to continue.

No Gap between Social and SEO

In the upcoming year, it’s safe to say there will be virtually no gap between social and SEO. In other words, if you’re running an SEO campaign, you’ll have to have a social presence.

We’ve had plenty of warnings this is coming: social votes having an impact on search rankings, Bing partnering with Facebook, and “personalized search.” Additionally, social media sites continue to grow at a staggering rate. As long as people use social sites as their primary method of sharing and communicating, Google will continue to integrate social into every future algorithm update.

Also, keep in mind that Google released its own social network (Google+) this year. They definitely wouldn’t’ve done this if they didn’t believe society would be around for much longer. This also means Google+ will likely play a much bigger role in rankings than it did in 2011 since the Bing and Facebook team have become Google’s biggest rival.

The Golden Rule of Google

With the new year in front of us, it’s an exciting time. But it can also be a time of confusion. The good news is, there’s a way to prevent confusion throughout all the inevitable changes: remember Google’s “Golden Rule.”

Google’s the top-dog on the internet. They got that way by providing their users with top-quality search results. For Google to remain the top dog with new competition in the market, expect them to continue striving to increase the user experience. If you evolve your SEO mindset to include a quality user experience, future updates will be much less likely to shake your entire foundation.

This article was written on December, 13th 2012

And it seems like just last month that Penguin came through and devastated websites everywhere.

That brings us to the topic of this great article, written on the iconic date of 12/12/12. It’s that time again, folks. What happened in 2012, why did it happen, and what can we learn from everything… three questions we’ll be aiming to answer today!

Well, this is a no-brainer: penguin happened.

In March, Google released the Penguin Update – by far their biggest update since the infamous Panda update of 2011. And funnily enough, Penguin was released at just about the same time Panda was in 2011.

At first, we were curious as to what penguin actually was. Was it some version of Panda? Was it a completely separate update? Why were specific sites targeted? What was the purpose?! Oh, the humanity!

As time went on, answers became clearer. Penguin was about links. Specifically, low-quality links designed to game Google’s algorithm. In other words, the entire foundation of SEO!

This was a rough update for many. Because where Panda was more of a directional change, Penguin was a punishing update. Panda changed the way Google was ranking sites. As a result, a lot of sites were negatively affected.

But Penguin was specifically released to punish people by building tons of links to their websites and using those links to inflate their rankings.

Penguin wasn’t the only substantial update in 2012. No, Panda has continually been refreshed along the way, leading to some sites dropping off of Google and other sites rising in the rankings.

And we also had the exact-match domain update. An update that went under the radar slightly, but is a big deal when we look at the big picture of SEO.

Why these updates happened

It’s been clear for a while now that Google has a relatively negative view on SEO in general. Some argue that SEO is necessary for Google’s business, which may be true. For a few reasons, it’s unlikely that SEO will ever completely die.

However, these recent updates made Google’s position clear: if you’re trying to game the algorithm, good luck!

NOTE: if you’re guest posting just for links, this could have just as negative an effect as building links.

So what do we do, panic?

No, we take at Google’s Golden Rule: Google is a business.

They make money off of advertisements. Now, what do advertisements require to work effectively? Eyeballs! And where does Google get those eyeballs? Through the services that it offers, mainly searches.

Why do people use Google over other search engines? Because they get better results with Google!

Therefore, the key to Google’s business is quality on their search platform. If they slip up in this area, Bing and Yahoo will immediately jump at the opportunity. No mercy!

So we can confidently propose that Google’s updates are designed to increase the quality of the search results.

And this brings us back full circle. That is Good SEO = Not Needing to do SEO.

The best way to get your site ranking well is to make an unbelievably amazing website. Why? Because that’s the type of site people want to see. And if they see it on Google, then they like using Google, because it gets them the sites they want to see! Therefore, Google will directly benefit from ranking your site on page #1!

This article was written on December, 19th 2012

Strap on your seat-belts folks, because it’s that time again! Time to play the prediction game.

Well… 2012 was an interesting year for search, wasn’t it? Penguin took center stage, but Panda’s also had some attention, as well as a few other “minor” updates like the Exact-Match Domain Update.

2013’s going to be an interesting year indeed. We think that 2013 is going to “level out” SEO a bit… Not that by the end we’ll know exactly what Google wants, but we’ll have a much better idea than we have now.

Right now it’s practically turmoil. SEO companies that have been running for years are shutting their doors because what they’ve done for so long now does the opposite of what it's intended to do.

In today’s article, we’ll be talking about a few ideas we think will become major players in 2013 SEO. Enjoy!

The Continued Rise of the Brand

Crazy! Now it’s not even a question of which one you should go with. If you’re not building an authority site, you’re going to have problems with Google. At best, you may rank well for a few months and then get hit by one of G’s infamous updates.

How do you build authority? By building your BRAND – aka, building a business! It’s very difficult to brand a thin filler site that’s designed for affiliate sales. However, if you have a website that provides HUGE value to people, it’s actually easy to brand!

We saw websites dropping off the search results like crazy in 2012. But what types of sites survived and flourished? Big, well-branded authority sites! Sites that people enjoy visiting and gain value from.

With AuthorRank, Google will be able to sort content in the search results based on who wrote it. So if I’m a credible author, and I write a guest-piece for another website, that piece will have more authority because I wrote it.

Now, AuthorRank is still in the very early stages and we’re not quite sure when it’ll become a mainstream concept. But one thing is for sure: if you want to flourish in the 2013 SEO and beyond, you should be building up AuthorRank starting now!

How do you do it? Well, it’s very similar to building authority to a website. The first step is to make sure you’re using “rel=author” on all the content you write. This attaches you as the author to anything you write.

And then when you write something, your AuthorRank will be determined by links, social shares, etc. We can’t go into too much detail here because we don’t know everything Google will include in AuthorRank. However, it’s easy to make a guess: AuthorRank will be like building authority for a website, but with YOU as the website.

Lastly, as Google’s algorithm gets more and more advanced, expect to see more ideas like “co-citations” popping up. Because we all know that links can be used to game Google. And although Google’s getting better at blasting away websites that are building links, they’re still not perfect as a ranking metric.

Will links ever go away? Unlikely. Because links are how people share content. However, we strongly feel that social signals and in-content mentions are going to increase in ranking power.

So how do you get more of these new ranking factors? Well, remember, part of the reason why Google is moving in this direction is that it’s harder to game their algorithm using these metrics.

In other words, the whole point is to get SEO’s away from the “gaming” mindset, and towards the idea of quality is king.

So, how close were we? Maybe a few things have died out, but we predicted their impact before they sizzled. Fast-forward to today and we are still bringing you up-to-date, on-point information and access to valuable tools and resources. Stay tuned…we have plenty more in store.